I’m not who you see, the hand you shake or the face that smiles. I am beyond this dress, this shirt. Dig deeper still, through the layers of skin, blood and meat. Don’t look for me in this mind or even in these feelings springing forth from my heart. You’ll find me somewhere else. In the presence of the still, and the breeze that moves ever on.

When chronic illness strikes it can cause changes in how you look for many reasons. It may be temporary or permanent and the way we relate to these changes can greatly affect our self esteem, or even our sense of self. Ultimately our true self isn’t tied up with the way we look on the surface. We can all known this logically but when things are closer to home it can be harder to swallow.

For those facing a health crisis, or even for those around us, how do we really feel behind the surface reactions. It can be painful to see the result of ill health. Even harder can be the impact of very little visual change, despite such crippling illness.

Perhaps it’s tough to take in either case, both when your experience is being so visually cataloged, in addition to when there seems little evidence on the outer, about the torment inside.

It’s cruel because so much of our world concerns image. If we hold how we look tightly as our identity, then we are in for a transformation.

One of the most difficult and lonely experiences for me was the feeling that not even my appearance could mirror my suffering. Logically people would remember that you were ill, and going through something awful, but looking at you, they just saw the same old person, and often, I’d be treated the same, when in fact, I was not.

At times I could hardly stand, breath easily, or get out a single sentence, let alone make a cup of tea for myself or someone else. Yet because there was no mirroring, nothing to separate out what had happened or changed in my health, there was a type of denial. I ended up denying what was so obvious to my every cell in the beginning, just because my mind couldn’t get its own clarity on what the hell was happening.

It’s like playing a new, silent part in an old theater. This is why I had to spend so much time alone the first year, because then I could be in my true reality and give myself what I needed. It took a long while to accept my situation, simply because it wasn’t being reflected back to me.

There were things that changed for me. I regularly worried people would think I was looking at them oddly because of the long term pain I’ve had over my left eye and that side of my face. Dealing with chronic migraines meant nerves doing weird things in my face, and when I would get really over-tired, I could begin to slur my words. I probably often appeared drunk, and the irony is I haven’t even drunk for ten years!

Apart from having a change in my weight, going from super skinny at the outset of the illness, to a couple of sizes up from my normal dress size, the most obvious alteration was my hair chop.

I’d been known for my super long hair, it fell down below my bum. I couldn’t wash my own hair because of the pain and inability to do that level of exercise, when I tried I could faint or have a seizure.

To help my husband with washing it, and to decrease any more stress than need be, I got it chopped off and at the same time I changed the colour. Little did I know then, this was to mark the journey of acceptance and the embracing of doing what I seriously needed to start recovering.

It was strange how people reacted. It was almost as if people thought they had a stake in my hair, because I guess people liked to marvel at it. Also, I know now, that people like to keep things the same, their idea about me and my identity was connected somewhat to my hair. I guess mine was too! Otherwise why did I put up with hair that massive for so long. So it felt liberating to ditch that attachment and not give a shit what anyone thought.

At one point I had it cropped very short, I looked somewhat boyish. I chose to do this when I was ready to be able to start washing it myself regularly again. So it was more important for me to feel the independence of doing this, than how I looked. 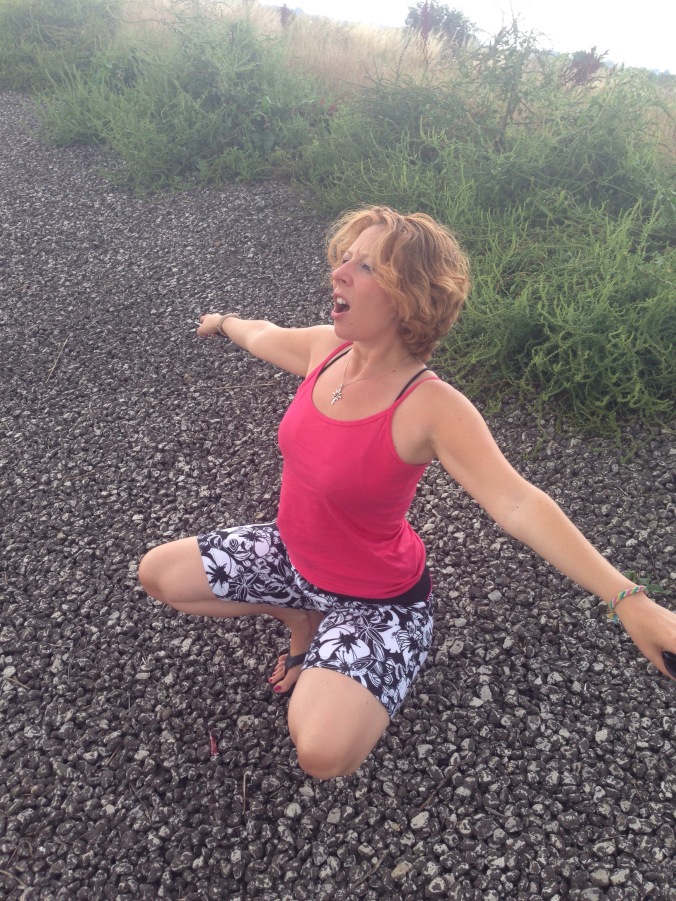 It was also a mammoth event getting to the hairdressers. I only went once a year for the first two years of being ill. Practicality, you learn, soon becomes a priority over luxury and beauty.

I knew my husband wasn’t keen on the crop, but for me it meant some much needed freedom from asking for help. I was lucky, I thought, because some people I know have lost all their hair when they are sick. It was also one step, among many, about not responding to outside sources and instead learning to listen to my own needs.

The changes we go through, whether they are obvious or not, can be used to seriously propel our growth. I’ve learned, everything can be useful, even the bits we’d rather rush to change or rapidly speed away from. Just remember that who you are is not ultimately tied up in how you look. It’s your presence which matters and your soul, fr where you spring forth.